If you are sad about the election results. If you are depressed. If  you find yourself angry or whatever…stop it. Now.

First off, none of that is productive or is going to change the outcome. Not one iota.

Secondly, for all the wailing and gnashing of teeth going on, I offer the wisdom of a man I have never met that appeared on one such facebook post:

If you put your trust in Jesus and His economy you wouldn’t be sad at all. Pay tithes give offerings and don’t allow Satan to steal your joy as he so often seems to do. Put your faith in Christ and what He’s conquered on the CROSS!

Think about those words hard. Yes, Christ calls us to action in our world, but He also calls us to do the above. He requires of us unwavering faith. Faith that does not allow us to become depressed but should spur us on to action, which speaking of action…

Third: next facebook meme you want to post about the election results, stop yourself. First, let’s think rationally, who is on your facebook friends list? Is is mostly people you know? Mostly other Catholics? Mostly people who think and live as  you do? Well, then, why are you posting? To show solidarity? To prove to them how invested you are in your faith? Why? Is your post going to enlighten ANYONE to your truth and way of thinking? For the majority of us that answer is no. Second, is posting on facebook the most effective way to express your feelings and lay them at God’s feet on his throne? You must do that by praying. Instead of posting a meme, say a prayer instead, let God know you fully trust him and you leave this in his hands. I prayed the novena for the election, it didn’t turn out the way I wanted. Does that mean God ignored my prayers? No. He may not have answered the way I liked, but He has a plan in His infinite wisdom that is not for my human comprehension. And I MUST pray when I feel frustrated for peace of spirit to continue on in a world that turns its back on God. And lastly, on this point, posting on facebook is not action. Praying outside an abortion clinic or offering time at crisis pregnancy center is action. Volunteering at a soup kitchen is action. Posting on facebook is passive and no matter how inflamed  your conscience is, it accomplishes nothing.

Finally: politics are temporary, faith is forever. Spend more time being with people and living your faith. Say the Divine Office. Pray the Rosary. Go to Mass. Let me repeat that last one: GO TO MASS. Be concerned with God’s economy which is infinitely bigger and more rewarding than man’s each and every day.

Jesus said to his disciples:
“When the Advocate comes whom I will send you from the Father,
the Spirit of truth that proceeds from the Father,
he will testify to me.
And you also testify,
because you have been with me from the beginning.

Warning: This Blog is SUPER-INFUSED with Vitamins JPII, BXVI, and F

When I stand before God at the end of my life, I would hope that I would not have a single bit of talent left, and could say, "I used everything you gave me". ~Erma Bombeck

Open to Life: Blogging Mama of 3 and On Our Way to More! 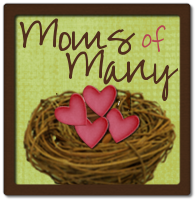 God, our Father, bless your servant Francis. Make him a beacon of light to all peoples. Guide him as a shepherd to all peoples. Protect him and hold him close. We ask all this and more in your name. Amen.

• That he has a profound relationship with Christ — and that he might emulate Christ in his prayer and leadership. • That his love for Christ is so compelling that millions of the Lord’s stray children will return to the endless well of love and grace that God has for them in his Church. • That he will have the courage and wisdom necessary to continue the implementation of the true intent of the second Vatican Council and the related “reform of the reform.” • That he will successfully heal the schism that has plagued the Church for more than 1,000 years. • That he will continue to inspire the youth of the world to bring about, through vocations and active lay participation in the mission of the Church, the continued fruit of the New Evangelization. • That he will ignite the faith of Latinos around the world and especially in the United States.

"May God, who has offered protection and strength through the hands of His only Son, Our Lord, and through Christ’s many servants grant me the favor of His protection for my brother Michael through the intercession of His servant, Fr. Vincent Capodanno, priest, missionary, and chaplain, who always sought to heal and comfort the wounded and dying on the field of battle and ensure they received the final sacrament of Last Rites. May I be granted this request on my own field of battle I pray in the name of the Father, and of the Son, and of the Holy Spirit."

My Miracles, My Life

Image by Cool Text: Logo and Button Generator - Create Your Own Logo

(note: this is not an official novena by any means and has not been endorsed by any clergy, bishop or the Papacy, it is simply a novena I have written for myself asking for the intercession of Pope John Paul II based upon his life, his ministry and his one, so far, confirmed miracle) John Paul II, you used your earthly life and Papacy to spread the word of God’s Love, renew in our hearts the spirit of love. John Paul II, you taught us that our bodies and our humanity made us creatures of love not of commodity, help us to reject those influences that would treat our humanity, our sexuality, our existence, our souls as expendable. John Paul II, you loved all of humanity and prayed for all including your enemies and those who did not believe. Because of this great love you also showed us forgiveness, teach us to love all as God does and to become Christ-like in our ability to forgive one another. John Paul II, you showed us how to suffer in joy and offer up our suffering for others; please help us to learn how to use our suffering for the better of all humanity. John Paul II, by your intercession Sister Marie-Simon-Pierre, was cured of Parkinson’s Disease, from which you suffered in your earthly life, please bow down with us at the throne of God and pray our petition be granted, if it be God’s will… (state petition here). John Paul II, we cling to your example of faith in God’s will and we ask you, along with the Blessed Virgin Mary, whom you considered your mother after the passing of your earthly mother, and God’s faithful servants St Joseph, foster father of Christ, and St Peter, our first holy father and selected by Christ himself to head the on-going ministry of Christ to pray for our souls, that we may return to Christ and know His peace which is love and perfection itself. Amen.

Error: Twitter did not respond. Please wait a few minutes and refresh this page.